Astro Boy is a Japanese anime series that premiered on Fuji TV on January 1, 1963 and is the first popular animated Japanese series that embodied the aesthetic that later became familiar worldwide as "anime". Lasting for four seasons, with a total of 193 episodes, the final episode premiered on New Year's Eve 1966. At its height it was watched by 40% of the Japanese population who had access to a TV.

For the English version, the producers, NBC Enterprises settled on "Astro Boy" as a title during discussions between producer Fred Ladd and representatives from NBC. Of the 193 episodes created in the series, 104 were adapted into the English version by Fred Ladd, and initially syndicated from September 1963 through August 1965, with repeats continuing until the series was withdrawn from syndication in the early 1970s. Frederik L. Schodt, who created the English version of the original comic, said that the names were “cleverly” changed for American tastes.

In the year 2000, Dr. Astor Boynton II, a scientist working in the Ministry of Science's Department of Precision Machinery, loses his only son, Astor, in a car-crash. Out of grief, he orders the production of a "super-robotic" in Astor's likeness. Though the robotic is the most advanced anyone has ever seen, he is not pleased with it because of the fact that it does not grow, and in a fit of rage he sells it to the circus. After this, he loses his job at the Ministry of Science and rarely appears again. He harnesses a complicated relationship towards robotics, mainly believing that they should not be treated as humans but as slaves.

In the circus, where robotics exist but are a lot more primitively made than Astor (now named Astro), they are forced to participate in fighting tournaments similar to gladiator battles. However, Atom wishes to be peaceful. Eventually, he runs into Dr. Elefun, the man who succeeded Dr. Boynton at the head of the Ministry of Science; Dr. Elefun is treated much differently than Boynton, being regarded as a savior figure by the robots for his affection and kindness towards them that Boynton did not possess. After realizing how advanced Astro is compared to the rest of the other robotics, Dr. Elefun sets him free from the circus, becoming a surrogate father figure to him. Soon realizing that Astro has superior powers and skills, as well as the ability to experience human emotions.

Astro then is shown fighting crime, evil, and injustice using his seven powers: 100K horsepower strength, jet flight, high intensity lights in his eyes, adjustable hearing, instant language translation, a retractable machine gun in his hips, and a high IQ capable of determining if a person is good or evil. Most of his enemies are robot-hating humans, robots gone berserk, or alien invaders. Almost every story includes a battle involving Astro and other robots. 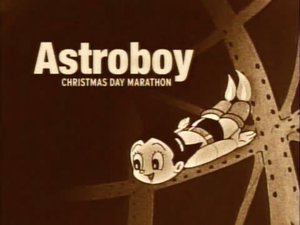 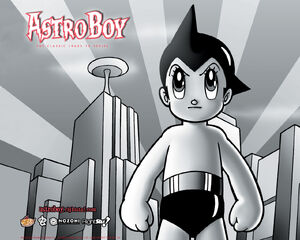