We see views at Williams Street and the Golden Owl as the announcer says This concludes are broadcast day, Thank You for Watching [adult swim]. 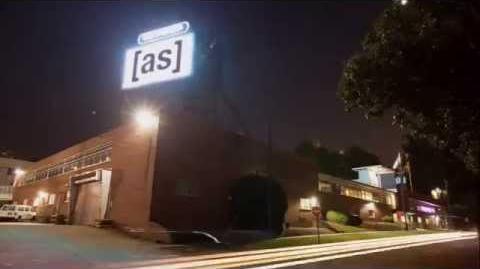