Blood+ is a Japanese anime series produced by Production I.G and Aniplex and directed by Junichi Fujisaku. The series was inspired by the 2000 anime film Blood: The Last Vampire, however, there are only a few allusions and basic elements from the film. Fujisaku has been involved with both works, including acting as the director for Blood+ and writing the novelization of Blood: The Last Vampire.

The English dub of Blood+ aired on Adult Swim from March 10, 2007 until March 22, 2008.[1][2] The first Adult Swim promo for the series featured the song "Plot for a Little" by Camu Tao from the Definitive Swim album.

The series is initially set in September 2005 Okinawa City (Koza) on Okinawa Island near the US Kadena Air Base. Over the course of the series, Saya travels across the world from Japan to Vietnam, Russia, France, and finally the U.S.

Under the care of her adoptive family, Saya Otonashi had been living the life of an anemic amnesiac, but otherwise ordinary schoolgirl. However, her happy life is shattered when she is attacked by a Chiropteran, a hematophagous bat-like creature that lives by feeding on human blood. Saya learns that she is the only one who can defeat them, as her blood causes their bodies to crystallize and shatter. Armed with her special katana, Saya embarks on a journey with her family, allies, and her chevalier Haji, to rid the world of the Chiropteran threat and recover her identity. The course of the journey reveals the background history of the Chiropterans and Saya's past, which extends into the mid-19th century.

Blood+ aired weekly in Japan on MBS and TBS from October 8, 2005 to September 23, 2006. The show also simultaneously aired on Animax, Sony's Japanese anime satellite channel. Animax also later aired the show in Southeast Asia and South Asia. An English dub of Blood+ aired in the United States on Adult Swim from March 10, 2007 to March 22, 2008. The English dub also aired in Australia on the Sci Fi Channel and in the Philippines on Studio 23. 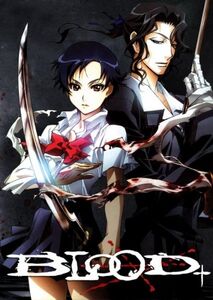 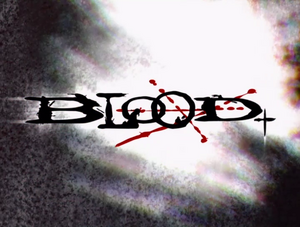