Cowboy Bebop became the first anime title to be broadcast on Cartoon Network's Adult Swim programming block during its launch on September 2, 2001. Since then, the show has continued to air in reruns on Adult Swim due to its success, including on the revived Toonami block.

Cowboy Bebop revolves around the often violent adventures undertaken by the arguably mismatched crew of the BeBop spaceship. The crew is made up of four unique characters: Jet Black, a former ISSP police officer who retired following a mob hit that cost him his arm, Spike Spiegel, a laid-back exiled hitman of the ruthless Red Dragons' Syndicate, Faye Valentine, a beautiful amnesiac con artist who awakened into the future world after a lengthy period of cryogenic hibernation, and Radical Edward, a hyperactive and barefooted preteen girl with a reputation as a prolific computer hacker. They are also accompanied by Ein, a hyper-intelligent, genetically-engineered stray Corgi.

By a strange twist of their respective fates, this foursome ends up partnering together, using their unique talents to become a ragtag team of bounty hunters, although their fortunes as such are at best mixed.

Throughout the series, Bebop crew members' deal with unresolved issues from their pasts, and the show regularly utilizes flashbacks to illustrate the history of the main characters. The day-to-day life of the crew is also explored throughout the series. The series is set in the year 2071, when the entire Solar System has been made accessible through reliable hyperspace gates. In 2022, an explosion of an experimental hyperspace gateway severely damaged the Moon, resulting in a debris ring and meteor bombardments that eradicated a large portion of the Earth's population. As a result, many survivors abandoned the barely habitable Earth to colonize the inner planets, the asteroid belt, and the Moons of Jupiter.

Mars has become the new central hub of human civilization, and interplanetary crime syndicates exert influence over the government and the Inter-Solar System Police (ISSP), limiting their effectiveness in dealing with crime. As a result, a bounty system similar to that in the Old West is established to deal with fugitives, terrorists, and other criminals; the bounty hunters involved are frequently termed "cowboys". 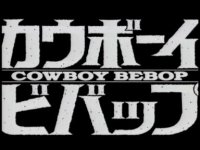 For more information see the The Cowboy Bebop Wiki