Mortimer "Morty" Smith Sr. is the titular central protagonist of the Adult Swim show, Rick and Morty. He is the grandson of Rick Sanchez and is often forced to tag along on his various misadventures. Morty attends Harry Herpson High School along with his sister, Summer.

Morty is a young teenage boy. He has short brown hair that he wears straight and neatly combed around his head. Morty's head is round and roughly in the shape of a circle, unlike many other characters in the show. He wears a yellow shirt, blue pants, and white shoes. He has a pronounced stutter (even when calm) and his voice constantly breaks due to the effects of puberty.

Morty may sometimes act spineless, but he has shown bravery and quick-wittedness in the face of adversity, such as leading the extraction effort out of Anatomy Park and using a pair of grappling boots to escape the guards in Intergalactic Customs. Morty is also quite responsible for his age, refusing to kill an alien child in the episode "Raising Gazorpazorp".

While Rick, Beth, and Jerry have all expressed their belief that Morty is unintelligent, there is substantial evidence to the contrary. When the group at Anatomy Park is attacked by Gonorrhea, he comes up with the idea to exploit the gas building up in the body to defeat the disease. He is able to grasp complex concepts, such as the multiverse of infinite realities, when Rick explains them to him, and is quick to notice Rick's hypocrisy regarding the morality of his microverse in "The Ricks Must Be Crazy." His hidden intelligence also continues to be an asset in season 2. Impressively, Morty is able to distract Fart, a being capable of reading minds, by requesting that he sing. This gives Morty time to kill him with an antimatter gun, clearly surprising the telepathic being. In "Total Rickall," Morty is the first to realize that the alien parasites are only capable of creating positive memories. He was also able to, while inside the Teenyverse, find the Tree People, be accepted into their group, learn their language and culture, and work his way up the ranks until he had the ability to command them, all within, from their perspective according to Rick, a few months. Despite this, he thinks poorly of his own intelligence, referring to Jerry and himself as "idiots" when Scroopy Noopers questions the intelligence of the members of the Smith Family in "Something Ricked This Way Comes." This is probably because of his impressionable nature; since Rick and his parents tell Morty he's stupid, and because he doesn't perform well in school, he has a low opinion of himself.

Despite his malleable nature, Morty has the strength to be able to stand up to Rick. In the episode "Meeseeks and Destroy", Morty directly calls out Rick on his cynical nature. He leads his own adventure with the direct goal of helping villagers. His malleable nature makes him echo Rick's words and speech, especially after Rick insults Summer, though he has a tendency to become hysterically upset at her.

Morty is shown to have repressed anger issues which are most notably seen in "Look Who's Purging Now". These anger issues have caused him to become hysterical and homicidal.

Rick is Morty's maternal grandfather; he and Morty have a close relationship overall. They come across more as best friends than grandson and grandfather, with Morty addressing Rick on a first-name basis and only adding the grandpa out of gratitude, respect, or when he wants something from him. According to Beth, Morty doesn't have any friends, implying that Rick may be Morty's only friend. This could be a reason as to why Morty puts up with Rick's selfish and exploitative behavior. Morty at first had a very one-sided relationship with Rick, helping him out despite usually ending up in harm's way or nearly killed. However, Morty does have his limits, as he will stand up to Rick when he is pushed over the edge - for example, when both of his legs are broken in "Pilot", or when Rick destroys the human race in "Rick Potion No. 9". Rick will help Morty out if it is beneficial to him, as in "Lawnmower Dog", in which he tricks Mr. Goldenfold into giving Morty A's in math so that Morty can help him more on his adventures. However, it is implied that Rick does indeed love Morty, as shown in "Close Rick-Counters of the Rick Kind", when Rick starts crying at his memories of Morty, but generally he refrains from expressing it so that Morty does not become, as he puts it, "cocky".

From "Rick Potion No. 9" onwards, Rick and Morty no longer live in their original dimension, as Rick's love potion, and various "remedies" rendered dimension C-137's Earth filled with hideous mutants, (apparently sparing the rest of their family from the transformation, because of the love potion having no effect on those who are closely related to you, with a maximum saw degree of two generations, as Rick is spared despite being Morty's grandfather and not an immediate family member to Morty). The mutants are described by Rick as "Cronenburgs" (Named after Canadian horror filmmaker: David Cronenburg). Instead of fixing the problem, however, Rick instead takes himself along with Morty to an alternate dimension where they somehow (in a method undisclosed to the audience) managed to fix the problem. Due to an accident that occurs shortly before the C-137 Rick and Morty's arrival, the new dimension's counterparts are killed in an explosion caused by an invention being engineered by that dimension's Rick. The original C-137 Rick and Morty bury their dead other-dimensional selves and secretly replace them.

In "Ricksy Business", after Rick and Summer both throw parties at the same time and trash their house, Morty is presented with an opportunity to permanently end all future adventures with Rick. Morty claims that he shouldn't care that he wouldn't be able to travel with Rick anymore, but still decides to have Rick fix everything, instead of leaving him passed out on the couch, implying that while Rick's actions do affect him, he would rather continue having adventures as opposed to not having them.

Morty thinks that Rick is "petty", and resents the fact that Rick has trouble "rolling with the punches" when put into a situation he isn't comfortable with; something that Morty does on a near-daily basis. Morty also seems to take what Rick says about him very seriously, as he becomes teary-eyed when Rick calls Morty "as dumb as he (Rick) is smart" in "Close Rick-Counters of the Rick Kind". He is also very upset and angered at the idea that Mortys only exist to be human cloaking devices for Ricks, and resents the fact that Rick could just replace his Morty at any time with another Morty from a different reality. Despite all this, Rick still believes that Morty is "the Morty-est Morty", since he views himself as "the Rick-est Rick".

While in the pilot, Morty and Summer's relationship is that of a normal younger brother and older sister, they eventually became somewhat closer. It is shown that Morty loves and respects his sister, which is most evident in "Rixty Minutes", where Morty reveals to her he isn't her "real" brother and convinces her to not move out. He also defends his sister against Rick's harsh treatment several times, becoming angry with Tiny Rick for humiliating her at the school dance in Big Trouble In Little Sanchez and chastising him for saying 'fuck you' to her in The Wedding Squanchers.

Although she seems to envy the adventures Rick and Morty have, Summer seems to hold this more against her grandfather than Morty himself. Morty is also sickened by the sight of a dream version of Summer dressed in highly sexual clothing in "Lawnmower Dog".

Morty has a loving but strained relationship with his father due in large part to the frequent misadventures Morty has with Rick. Because Rick often puts Morty in dangerous situations, Jerry is against his son being involved with him. His opposition to Rick bringing Morty with him is likely also a result of his own constant conflicts with Rick, as Jerry is frequently, and shamelessly insulted by Rick at any given opportunity, typically pointing out Jerry's far less than average intelligence and his less than perfect marriage to his daughter.

Morty still goes to Jerry for advice, such as when he needed romantic insight in "Rick Potion No. 9", and agrees to work on his science project with him (though this is only because Beth discreetly tells Morty that Jerry is insecure with his intelligence). In many ways, their relationship is somewhat reversed from a normal father-son dynamic: Morty often acts as the mature one, pointing out that he could have been masturbating in his room when Jerry entered without warning, and sparing Jerry's feelings about Pluto not being a planet in "Something Ricked This Way Comes", whereas Jerry often acts like a child, having fits of rage over simple things like golfing, and trying to prove to others around him that Pluto is a planet.

Morty respects and loves his mother very much, despite the fact that they have yet to have any meaningful interactions with each other. It is implied that Morty respects her more than his father, though he does not think that her method of parenting is very good in "Raising Gazorpazorp". Either way, he still loves his mother very much, and for Beth the feeling is mutual.

In the pilot episode, Beth expresses concern when Morty falls asleep at breakfast if he is getting sick. Also in "Close Rick-counters of the Rick-kind" Beth is terrified when Morty is taken away by the council of Ricks and yells at Jerry that their son has been abducted. "The Wedding Squanchers" Beth is seen with her arm around Morty when they arrive at the Screaming Sun planet. This shows that Beth does have a great amount of concern for her son.

In the episode, Something Ricked This Way Comes, Beth, asks Morty to let Jerry help him with his science project instead of Rick to boost his self-esteem, through the phone. They seem to know and understand each other, and Jerry, very well. 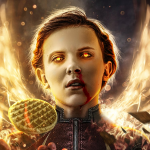