Set in the pretend sleepy enclave of Garrity, Vermont (aka "B&B Town, USA!"), Neon Joe, Werewolf Hunter is the story of a neon-clad man with a mysterious past and a highly specialized skill set – hunting werewolves. When a sudden plague of inexplicable werewolf fatalities strikes, the Garrity sheriff’s department finds itself in over its head and the fate of the townspeople is left up to Neon Joe. Will he catch the beast before the next full moon, or will it live another day and kill again? 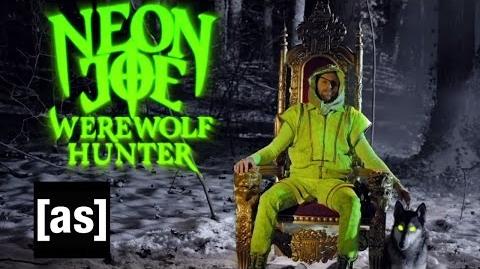 In November, 2015 DC Comics released a preview comic that was distributed for free at New York Comic Con, and later distributed to comic shops.

May 2017
Community content is available under CC-BY-SA unless otherwise noted.
Advertisement