Space Ghost Coast to Coast is an American animated parody talk show. The show centers on numerous characters from the Hanna-Barbera cartoon series Space Ghost (TV series), in which they return to host a humorous talk show purportedly shot and broadcast from Space Ghost's studio (Ghost Planet Industries) on the Ghost Planet in outer space. It premiered on April 15, 1994 on Cartoon Network. Though originally intended to cater to a wide audience of children, teens, and adults, Space Ghost Coast To Coast became more bizarre and risqué in its direction, and transformed into the launchpad for what would become the Cartoon Network line of animated adult programming known as Adult Swim. SGC2C also had 6 spinoffs, Cartoon Planet, The Brak Show, Aqua Teen Hunger Force, Sealab 2021, Harvey Birdman, Attorney at Law and Perfect Hair Forever.

SGC2C came into existence when media mogul and head of Cartoon Network Ted Turner wanted a program that would appeal to adults. His idea was a low-cost late-night cartoon series. He enlisted Mike Lazzo, the senior vice president of CN, to head the project. Lazzo decided the lowest costing method to making the animation was to take animation from a property they already had the rights to, and super-impose them over live action sequences. He decided to re-edit Space Ghost footage as part of a concept he'd had previously of a "Satirical David Letterman-style talk show, with a thoroughly clueless host asking celebrity guests a steady stream of stupid, non sequitur questions." Space Ghost was then conceived from this combination of method and concept, and became Cartoon Network's first original series, as well as the first animated talk-show in history.

SGC2C first aired on April 15, 1994 in the United States on the Cartoon Network. Early episodes of SGC2C were played alongside episodes of the original 1960's Space Ghost segments, which gave the show a regular half-hour format. Some airings of the original 1960's segments featured odd laugh tracks, in a surreal C2C-esque fashion. It was transitioned into an Adult Swim series with GPI's name transformation into Williams Street at the time of [as]'s conception in 2001. It ran new episodes on [adult swim] for three years until it went on permanent hiatus in 2004. Beyond the original run of the series, at least two additional episodes were announced and had their respective interviews filmed, but were never finished due to cancellation. After being cancelled, the show remained in reruns on [adult swim] until 2005.

Online Exclusive episodes worked as a renewal of the series in 2006. These shorts were featured on GameTap, the Turner owned online gaming pay-service. The first hint to this renewal was Space Ghost's appearance at E3 2006 with an interview of a Microsoft executive Peter Moore. Later that year, the episodes finally surfaced and ran regularly until 2007. To match GameTap's status as a gaming source, Space Ghost interviewed gaming icons as well as "GameTap's Artist of the Month". The jokes not relating to interviews were also often themed around video games. Ratings for the shorts were apparently low, and to match this, the last episode made facetiously references this fact. No further episodes have been made, putting SGC2C back into complete hiatus.

Although no new episode or shorts have been made, SGC2C continues to make appearances on [adult swim] itself with advertisements based off the series, as well as SGC2C characters making appearances in other WS series. Advertisements featuring C2C include a Tom Goes to the Mayor promo with a short interview with Tom and The Mayor, an ESurance interview with it's mascot Erin (which Space Ghost makes lewd remarks to), and a McDonald's commercial featuring an interview with a customer (that attempted to advertise the Dollar Menu). After 3 years of not airing on [adult swim] regularly, it came back in 2008 on [as]'s Old School Night, which featured two episodes back-to-back. Old School Night was soon taken off, although reruns of Space Ghost stayed (with only one episode instead of two at the very end of the block).

Because the format is a talk-show within a show, the universe of the show has it's own fictional history alternate to it's real-life one. The talk-show was going to originally star Harvey Birdman and be entitled Birdman Coast to Coast. Lokar was originally supposed to be the co-star keyboard and musician. Moltar, notably, was the only person who was originally employed that stayed in the same position once SGC2C got off the ground. BMC2C fell through because not only was Harvey Birdman extremely bad at hosting, his powers (which stemmed from sun rays) conflicted with the filming schedule. Space Ghost, another washed up superhero, was contacted and eventually replaced Birdman. Lokar, who was injured during the pilot of BMC2C, ended up being replaced with Zorak (who was previously part of the behind-the-scenes crew). The pilot for SGC2C was apparently successful, as it was greenlit and went into production.

Each episode features numerous celebrity guests (or in some cases one or none at all), who are interviewed by Space Ghost and interacted with by the other characters of the show. Originally the crew hired acting students to ask celebrities questions at CNN bureaus while wearing an ill-fitting costume, this was done as there was no footage to show, making it difficult to present the idea to potential guests. The Bee Gees laughed the entire time when an actor in a Space Ghost suit began asking questions such as "Do you have enough oxygen?" in a Shakespearean accent as well as them swearing quite a bit throughout the interview that only 19 seconds of footage was usable.

They did this four or five times until deciding on merely asking guests questions through a phone patch, which would result in guests staring at bright lights, being told to "imagine" talking to a superhero.[1]

The original intro to the show featured psychedelic and flashy special effects on the moon and scenery outside Ghost Planet Studios, to the tune of "Hit Single". The C2C logo would show up in the middle portion, and at the end of the intro sequence it would zoom out to show C2C's windows. The intro sequence would then stop and go to the usual outside scenery, and it would then transition into the actual show with Space Ghost's inviso-appearance.

In the 3rd and 4th seasons, the intro changed to an all new and original 3D sequence. It would open with the title card, and zoom into the celestial scenery. Comets and planets would function and move within the camera. The camera would eventually find it's way to a 3D rendered Ghost Planet and would crash through GPS's window and navigate through the hallways. Eventually, it would find it's way past Zorak and Space Ghost's dressing rooms and break through a door into where the show began. Initially, Tansit narrated this intro, but he was soon fired during the intro itself, leaving the intros afterward to just play the opening theme.

In the 5th Season the intro changed to a black screen with "Waiting" in white lettering. Every episode contained different music and/or sound effects to the screen. In the 6th, 7th, and 8th Seasons a regular intro mechanic was non-existent. Some episodes had no intros, and some had specifically themed introductions relevant to the episode content. Some had intros that weren't relevant at all, and one episode started in the context of it showing the brief ending of an episode that didn't exist.

Prior to the series' debut, a soundtrack CD was released featuring music from Sonny Sharrock, and Eddie Horst released on Rhino Records, which also features a short description of the first 30 episodes. Another CD was made featuring Space Ghost giving random affirmations, that was intended to be used as drops for radio stations.

In 1996, a planetarium tour was produced and played featured Space ghost on the set of the show introducing various episodes of Coast to Coast, the 60's Space Ghost and music videos. 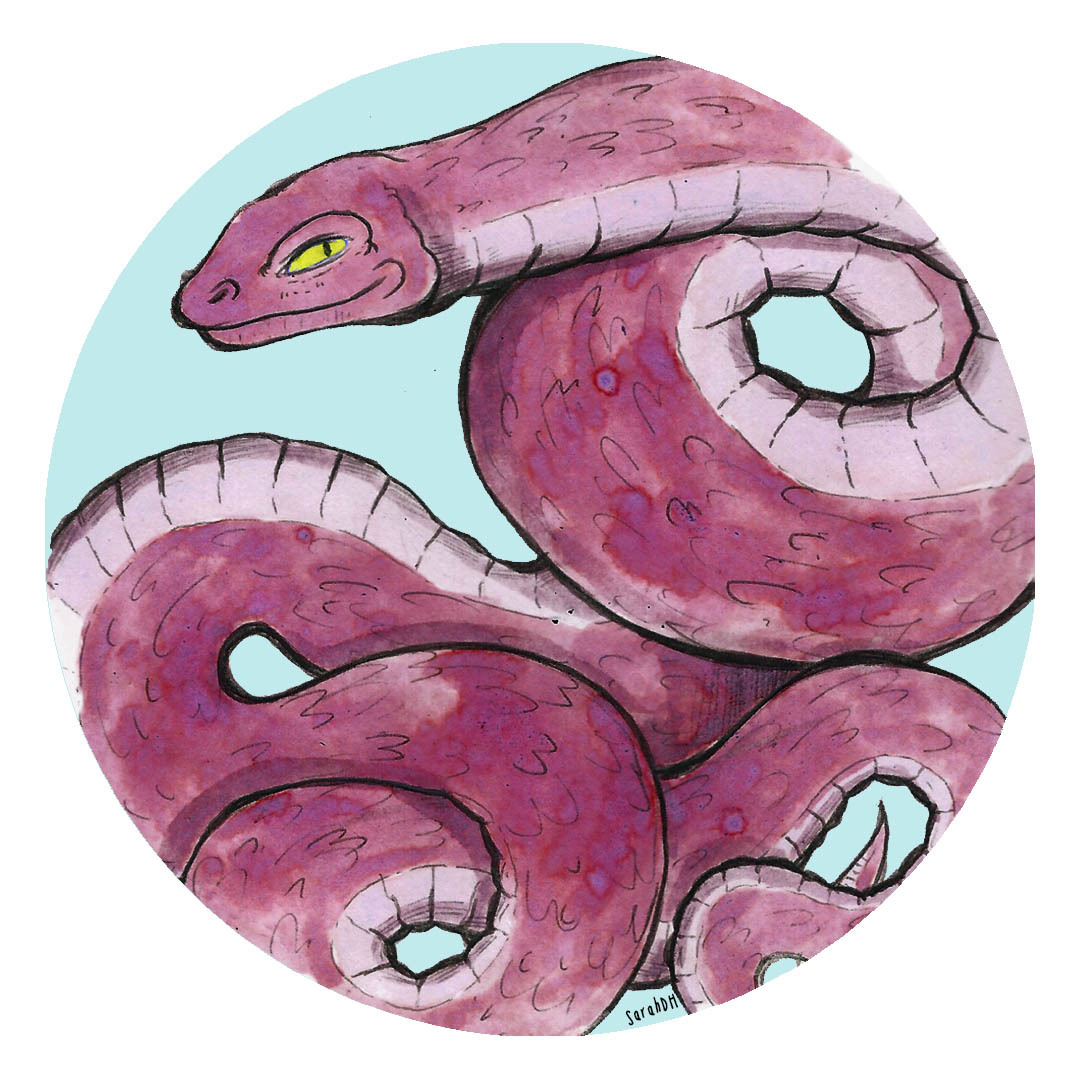