There is a page named "Pets" on this wiki. See also the other search results found. 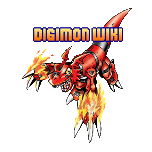 Digimon Wiki is an in-depth, collaborative encyclopedia on all things Digimon, including the anime series and movies, manga, video games, cards, and virtual pets, as well a list of the best Digimon fan fiction on the web.