Squidbillies: Volume One is the first DVD set of Squidbillies episodes, released on October 16, 2007. This 2-disc boxset collected 20 episodes from the show's first & second seasons, which originally aired from 2005 to 2007. 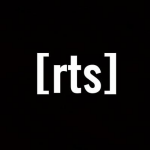