Little has been revealed about The Warden's past. His father is shown to have been a warden at a normal jail while The Warden was still a toddler. The Warden indirectly causes his father's death when his father slips on one of his toys, falls out of a tenth story window, and gets kicked in the face by a donkey in the prison yard, which sends him flying into the noose of the prison's gallow, where he suffocates and dies. The Warden is then informed by his father's assistant that he is now the youngest warden in the country. Some years later, according to The Warden himself, he has started Superjail because the rest of the world is not yet ready for his extreme methods of incarceration.

The Warden's relations with his staff are varied. The Warden has an obvious crush on Alice, which goes unreturned. As the creator of Jailbot, The Warden relies on the robot to perform nearly any task he needs done. The Warden shows no respect for his accountant Jared, often belittling him and taking his work for granted.

Besides his ever-present love for Alice, The Warden's only other known romantic interest has been The Mistress, the head of Ultraprison. They end up sleeping together, before The Mistress and her Ultraprison staff leave Superjail. 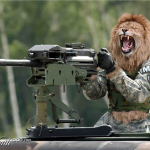 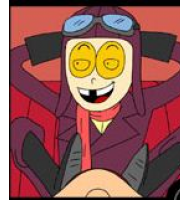