Your Pretty Face is Going to Hell

Your Pretty Face is going to Hell is a live-action sitcom revolving around a fictional workplace in Hell. The show made its official debut on April 18, 2013 on Adult Swim. The show stars Henry Zebrowski as Gary, a somewhat dim-witted career demon.

The show follows Gary (Henry Zebrowski), a somewhat dim-witted career demon as he works for Satan, who is played by Matt Servitto (from the Sopranos fame). The third major role goes to Craig Rowin who plays Claude and starts the series as Gary's intern.

The Show's main star. A sweet lovable demon who is absolutely no good at his job. Because of this he is often abused by Satan.

QGary's intern. Smart and kind of a dick, he one ups Gary at every possible turn making him a kind of foe for Gary.

Satan is a loud and controlling boss. He is mostly wandering around all day in hell drinking coffee, torturing his own people and hatching plans wtih the goal of gaining more follower on earth. 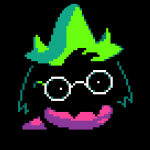